There are so many theories surrounding the origin of the pink drink known as the Cosmopolitan. Some food historians date a predecessor of the modern day Cosmopolitan as far back as the late 19th century. Another theory ties the drink’s roots to the 1960s and a marketing campaign of the cranberry industry. Ocean Spray pushed out a recipe for a cocktail called the “Harpoon” in hopes of selling more cranberry juice to adults. One thing is certain, the Cosmopolitan became quite well known in the late 1980s into the early 1990s.

As with any recipe, keep it interesting and put your twist on it, play with it and make it your own. When Emily and Matthew come home for a visit we frequently try out new cocktail recipes or pull up old classics and update them. This cocktail refresh originated from a cookbook I found in Auburn, Alabama when Emily was in college. “Southern Cocktails” written by Denise Gee is a great book that features classic Southern cocktails with some wonderful appetizers thrown in for fun.

The basics for a Cosmopolitan are cranberry juice, vodka and Cointreau, a lovely French liqueur made with sweet and bitter orange peel. To further enhance the orange flavor and depth, I also use Grand Marnier, a wonderful blend of cognac and oranges. Some recipes call for fresh lime juice, some for lemon, I tend to favor lemon. Then I add a Southern staple, a touch of simple syrup, one infused with mint and lemon to build on the fresh citrus in the cocktail while adding a subtle note of mint.

Start by making the lemon and mint infused simple syrup:

In a small saucepan, combine the water and sugar, cook over medium-low heat stirring occasionally until the sugar is completely dissolved. Remove the syrup from the heat and add the lemon slices and fresh mint.

Allow the mixture to cool completely. Store the syrup in a container, cover and refrigerate until ready to use. You can remove the lemon and mint after a day or two. This makes a large batch and keeps well in the refrigerator.

To make the Cosmopolitan:

3 ounces vodka, Absolut Mandarin works well for this cocktail or use your favorite vodka

2 tablespoons simple syrup, or more to suit your taste

Pour all the ingredients together in a large cocktail shaker. Add the ice to the shaker, cover securely and shake vigorously until the drink is very cold.

Serve in martini or coupe glasses. This will make 3-4 cocktails depending on the size of your cocktail glass.

A bit about us…

A mother-daughter duo, Donna and Emily bring you Preserving Good Stock to share our family and favorite recipes.

Our goal with Preserving Good Stock is just that, to sustain and share the great traditions, recipes, and celebrations that have been instilled in us by our friends and family along the way. We hope you enjoy as we share our seriously fun love for food! 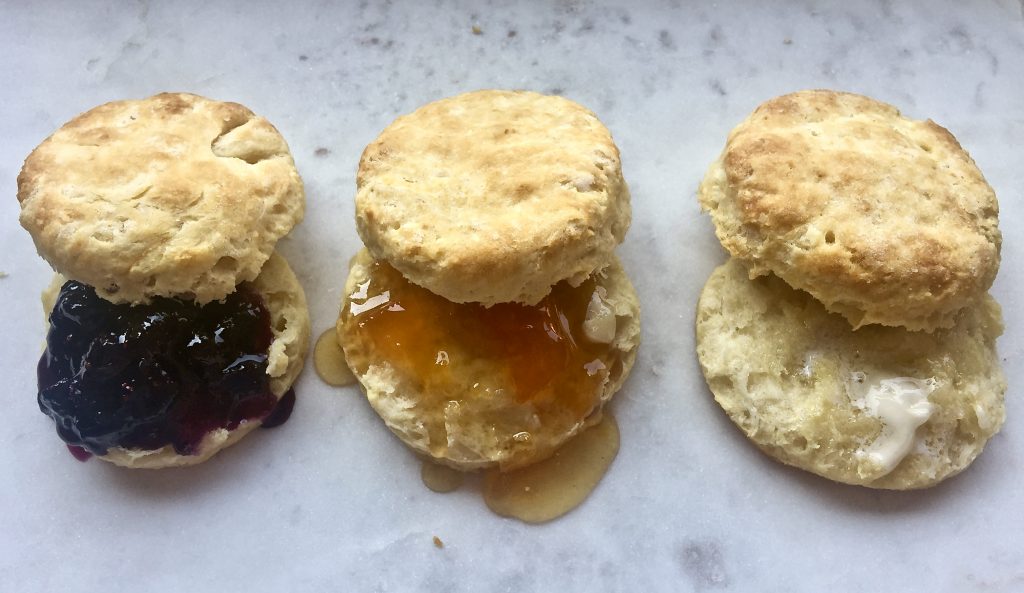